This wiki is being considered to be archived. Please comment on the community portal if you have any reservations.

From Age of Warscape Wiki
Jump to: navigation, search
This article contains outdated information or needs to be expanded on. In order to keep its relevance, the article needs to be rewritten. You can help us out by rewriting it and supplying it with updated information.

The Dryads are a primary species appearing in Age of Warscape and Age of Warscape: Origins. They are one of the ten dominant races on Uloff, and a commonly appearing race in southern Moridahn, especially in the Therisar region. As being deeply connected to nature and the environment, the Dryads use their unique, elemental magic to aide their allies in combat. They are allied with The Arbiters, and are one of four playable races for that faction. 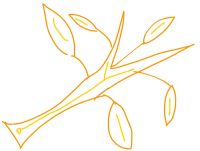 The Dryads are said to be beings of nature itself. It is said that when the Dryads are born, a tree grows somewhere near it, and when it dies, the tree will die. They were led by an immortal being known as "K'abu", who was said to be the first Dryad. He eventually began to inhabit a large tree, which the rest of the Dryad race prompted to live in, as well. Eventually, the race began to build houses and buildings, and soon built an entire city in the tree. This city eventually became the Dryad Race's capital, and was named Esari. When the Elves awoke from their hyper-sleep, young Dryads would often play tricks and mess with them. The Elves luckily did not mind this as much, as most pranks and tricks were usually harmless. The two races eventually formed a mutual friendship with one another.

One day, dark energy began to corrupt the southern side of Uloff due to Strog'ar's fall. Dark energies began to spread to the southern shores of Moridahn, which terrorized the Dryads. Out of fear, the race hid in the city of Esari to avoid being hurt by the dark energy. Some ventured out, but they did not return. It was a dark time, now, with fear to be their tyrant. K'abu had decided that this had gone too far, and that the race could not live in fear for the rest of their lives. Due to the corruption of the enviroment caused by the dark energy, K'abu swore to remove the energy from Moridahn. He had then sacrificed his physical state to become one with nature itself in attempt to push the energy away. This was successful, but resulted in K'abu's death. Therisar, their homeland, was cured of the dark-influence. The corruption had spread far enough to lands like Darkglade and Sairos Steppes, but were also cured by K'abu's sacrifice.

A Dryad named Surin then stepped up as the next leader of the Dryad race. He had announced that he was being guided by the spirit of K'abu, and was the only individual that K'abu would speak to. The Dryad race knew that this would be true, and proclaimed Surin as the High Prophet of the Dryad race. Surin announced that the corruption that had killed K'abu and almost destroyed the environment was caused by the Jaar race, which infuriated the Dryads. The race eventually turned to the Elves for guidance, who then directed the Dryads to the Human race; the archenemy of the Jaar. The two races then formed an alliance with one another in hopes that they'd both be useful to the destruction of the Jaar.

Dryads have a mostly humanoid appearance, and can measure to about 5 feet. Their hair is a plant-like fiber that resembles hair, although usually more slick and straight. Facial hair is rare among dryads in the form of leaves or twigs. The color of their hair is dependent on which seasons they were born between. The colors, at the peak of the seasons, are Green (Summer), Yellow (Spring), Red (Autumn) and Navy (Winter).

They have a basic Humanoid upper-half, somewhat resembling an Elf's body frame, and their lower half consists of satyr-like legs with toes. Although rare, it is possible for a Dryad to have a Human-like lower half.

Most Dryads are calm and collected, but will enter a state of rage when the environment around them is unnecessarily harmed or damaged. They have extreme patience, as they are known to live for hundreds of years. They are typically very accepting to others, and will welcome anyone with open arms.

Within their society, many Dryads start out as mischievous tricksters. Due to their exceptional ability to blend in with and alter their surroundings, young Dryads usually play tricks on one another. As such, thieves and pranksters are common among the younger dryads as they reach the adolescent/teen stages. More often than not, Dryads grow out of this stage, and those who show excellence in responsibility and maturity tend to go on to become prophets, highly respected members of Dryad society.

While their speaker and physically seen leader is High Prophet Surin, their true leader is the spirit of K'abu. K'abu speaks almost exclusively to Surin and his prophets, rarely addressing common dryads personally. K'abu helps guide Surin on leading the race, and gives him directions and advice on making decisions.

The government of the Dryad is unknown by many, but is supposedly operated under a Theocratic government. The apparent leader of the race is an individual proclaimed as the "High Prophet", who is able to speak to the spirit of their former leader, K'abu. The people have no power against the High Prophet, and only do other prophets of K'abu have a say in the High Prophet's actions.

Prophets are Dryads who assist the High Prophet in maintaining balance among their society, and are responsible for consulting with Surin in times of emergencies.

It is rumored that Surin has an elite group of stealth operatives at his disposal, as many 2nd Legion scouting parties mysteriously vanish within Dryad territory. This elite group is believed to be comprised mostly of female dryads, who utilize their smaller frame and limber movements to their advantage. It is said that enemies rarely see the elites, and those who do don't live to tell the tale.

The Dryads are highly spiritual and soft-spoken, and enjoy gardening and landscaping. They are known to create gardens and floral creations, and love to display their creations proudly.

Dryad Elders, also known as sages, are those who have lived for hundreds of years, being near ancient. They are looked up to by all, and are sought out by many for their wisdom.

Among the allied races, their closest allies are the Elves. Being present since both the Elven and Dark Elven awakenings, Dryads had formed bonds with both, although tension has grown between them and the Dark Elves. The Dryads often trade with the Elves, and both can often be found in the other race's cities. Similarities can be spotted in their magic, as the two races have worked together to develope a greater understanding of arcane and natural magic.

Dryad-Human relations are relatively fresh, and as such the Dryads have not had time to gauge if Humans are properly using the land. Dryads disapprove of the rapid industrialization and reckless damage to the environment Humans cause, and the Humans are generally annoyed with the Dryad's protection over nature. As of now, Dryads are mostly allied with Humans because they share a common enemy, the Jaar.

The Dryad and the Jintulu share a mutual respect for eachother, but rarely associate or interact in mass groups. It is not known if the two races leaders have even met politically.

Herasothians are intrigued by the Dryad, and will often seek to learn from their magical abilities. Dryads are weary of the Herasothians due to their practice of darker magic, but they have yet to betray the Dryad's trust.

Although the two have rarely interacted before the Great War, Dryads harbor a misplaced hatred towards Jaar due to the Faljaar corruption that spread from their homeland of Strog'ar. Jaar only see dryads as an enemy due to their alliance with the Arbiters, otherwise passing them off a weak, harmless tree people.

The Gnome's advanced industrialization and lack of compassion towards nature have lead the Dryads to form special stealth operations to prevent further damage and spread of their wicked machinery. The Dryads believe the Gnomes to be using an unwarranted amount of the planet's resources, without giving anything back in return.

Dryads and Dark Elves started out with a neutral relationship, but it grew more hostile as Elven-Dryad relations grew friendlier. Due to Dark Lord Rezix's hyper-aggressiveness, tensions escalated immensely once he had discovered the Elves had become Dryad allies.

Due to the pacifistic nature of the Orcs, their relations with the Dryad are relatively neutral aside from their allegiances. If the two see each other outside of aligned territories, they will not attack eachother unless provoked.

Latlazerians, being the creatures they are, are one of the more friendly "opposing" races. Commonly being found across the planet as Entertainers and Tavern Owners, many Dryads would welcome Latlazerians.